>A Message from the Chairman

A Message from the Chairman

Inaugural of the Chairman

I would like to say a few words regarding the appointment of the Chairman of the Japan Valve Manufacturers’ Association.

Unexpectedly at the beginning of the year, the spread of new coronavirus infections had a major impact on global economic activity. Although it has not yet been settled in many countries, Japan has just resumed economic activities while incorporating new lifestyles such as the refraining from going out due to the declaration of emergency. 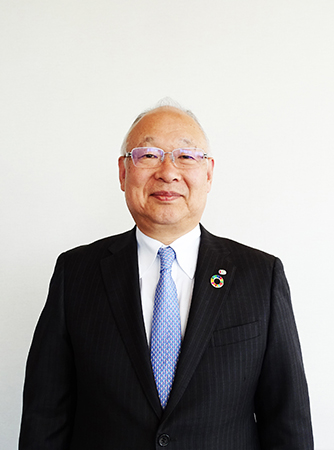 Prior to the coronavirus outbreak, the risks we were thinking of were presumed to occur in a particular area, such as a major natural disaster. However, this time the idea was forced to completely change because the disaster occurred at the same time around the world. Due to globalization of corporate activities, not only production and sales, but also supply chains are intricately intertwined across borders. As a result of this coronavirus out-break, I would like to review the way we look at risks, and as the Chairman of the Japan Valve Manufacturers’ Association, I would like to discuss with the member companies the following three points.

The first is work style reform. This time, in response to the refraining from going out, various measures were taken by each company to maintain business continuity. One of them is telework. This urged us to reform the way we work, highlighting the fact that we had a lot of wasted work to date. As the Japan Valve Manufacturers’ Association, we must narrow down the wisdom on how to change our working styles so that we can keep up with the wave of digitalization, such as IoT and AI.

The second is about human resource development. With the declining birthrate and aging population, young people's interest in manufacturing is decreasing year by year. In addition, due to the lack of manpower, even end users who actually use the valve are having difficulty in passing on their knowledge and technology. In order to solve this problem, we have to promote diversity that enables diverse human resources to exert their creativity and play an active role, and at the same time cultivate human resources by establishing new work styles that are challenging and rewarding. These two actions, I believe, the only way to revitalize our industry. Through this, we would like to raise awareness of the valve industry, transform it into an industry which attract young talented people, and play a role in actively contributing to solve the problem of skill transfer.

Third is about sustainability. The Japanese valve industry is committed to not only high product quality but also to the global environment, and is engaged in manufacturing for a carbon-free society. Given that the new coronavirus poses a threat to the sustainability of society and that large-scale natural disasters have occurred in recent years, addressing the issue of climate change remains an urgent task. Through the Japan Valve Manufacturers’ Association, we would like to further promote our efforts to reduce the environmental impact at every stage from valve manufacturing to distribution.

We will further strengthen interaction among our members and work on these issues together. At the same time, I will take on the role of Chairman of the Japan Valve Manufacturers’ Association to overcome the economic damage caused by the new coronavirus and achieve further economic growth.